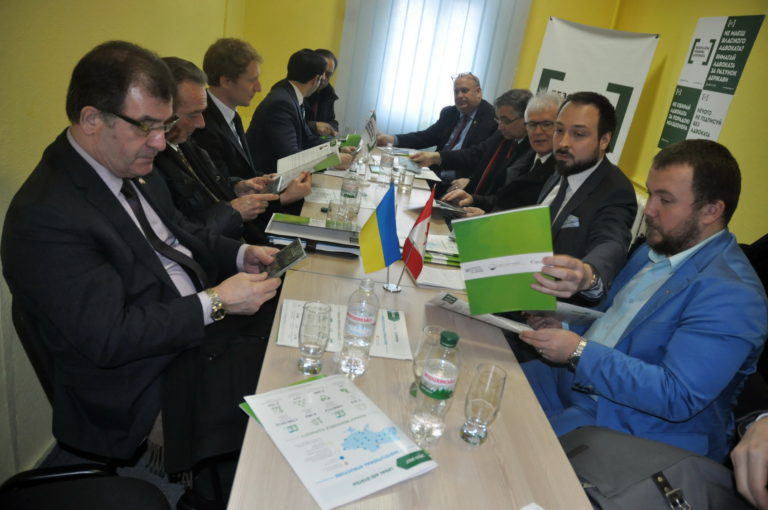 On 19 January, within the framework of a working visit to Ukraine, members of the Committee on Foreign Affairs and International Development of the Canadian Parliament visited the Second Kyiv Local Centre for free secondary legal aid where they could see how one of the Ukrainian LA offices operated and learn first-hand about the functioning of the LA system. 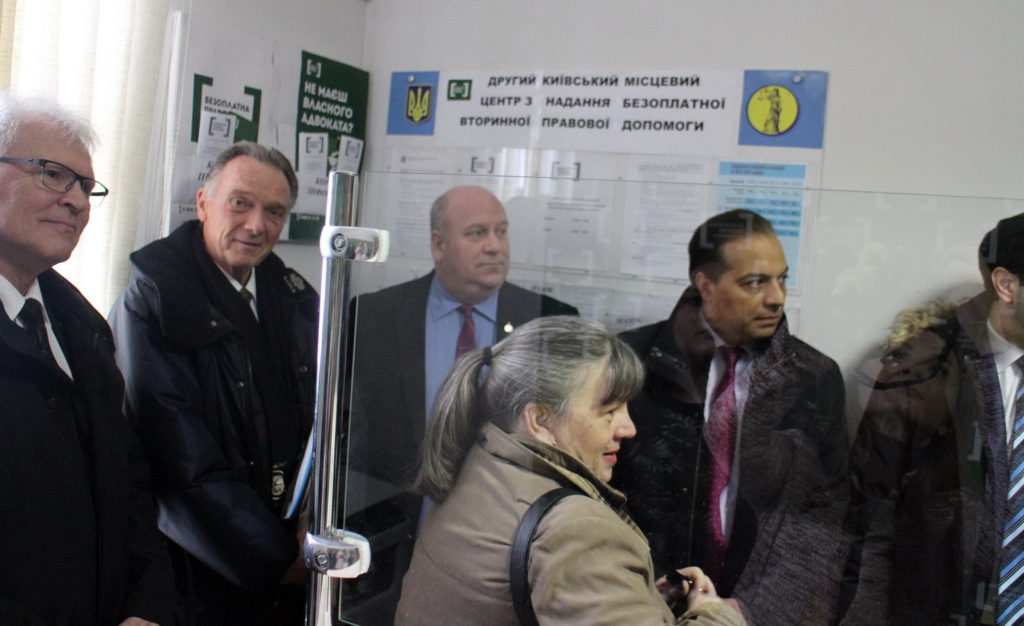 Andrii Vyshnevskyi, Director of the Coordination Center for Legal Aid Provision, told the Canadian Parliament members about the beginning of the system establishment in Ukraine; the network of free legal aid offices across Ukraine today; the types of legal services and citizens can and receive there, from defense in criminal proceedings and representation of interests in civil and administrative disputes in courts to legal clarifications and legal consultations on issues that the clients come with to legal aid offices.

He also noted recent legislative changes (related to the adoption of the Law of Ukraine “On the High Council of Justice”) that expanded access to legal aid to such vulnerable categories of citizens as internally displaced persons, ATO participants and individuals who have just applied for such a status; and the larger number of low-income Ukrainians, among them, in particular, domestic violence victims, due to the new approach to defining low-income. 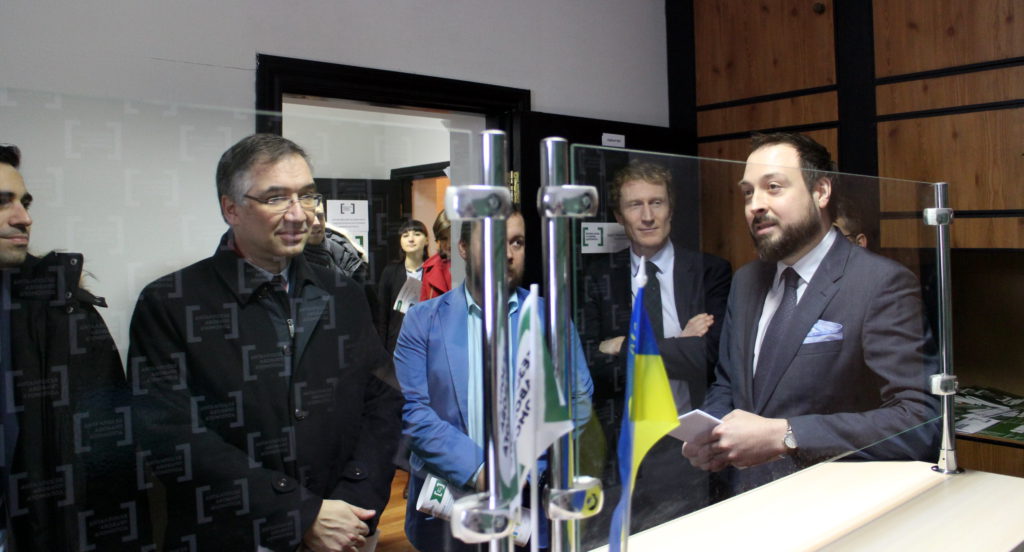 During the meeting, the representatives of the Canadian delegation asked who was providing legal aid services in the LA offices, in particular, they were interested in the number of lawyers providing free legal aid and the selection of lawyers cooperating with such offices when providing this aid. In addition, the Committee members asked whether there were restrictions in the areas of law that people got counselling and assistance in, and what percentage of cases that people addressed the centres with required settlement in court. They focused particular attention on the sufficiency of legal aid and generally on how the right to protection had been exercised before first legal aid office appeared in 2013 (regional FSLA centres). In addition, Andrii Vyshnevskyi told that today, free legal aid offices also undertook the function of raising legal awareness and legal empowerment of communities. He noted that the development of the LA system and the results achieved in a relatively short time had influenced other important reforms in Ukraine. The role of the system in the field of human rights protection, ensuring the rule of law, strengthening democracy and social stability in Ukraine is nowadays acknowledged in the country. This is why subsequent development of the legal aid is included in the key strategic documents of the reform agenda in Ukraine: the Strategy of reforming the judiciary, judicial procedure, and related legal institutions for 2015-2020, the National Strategy in the field of human rights, the National Strategy for promoting civil society development, as well as respective plans of their implementation. 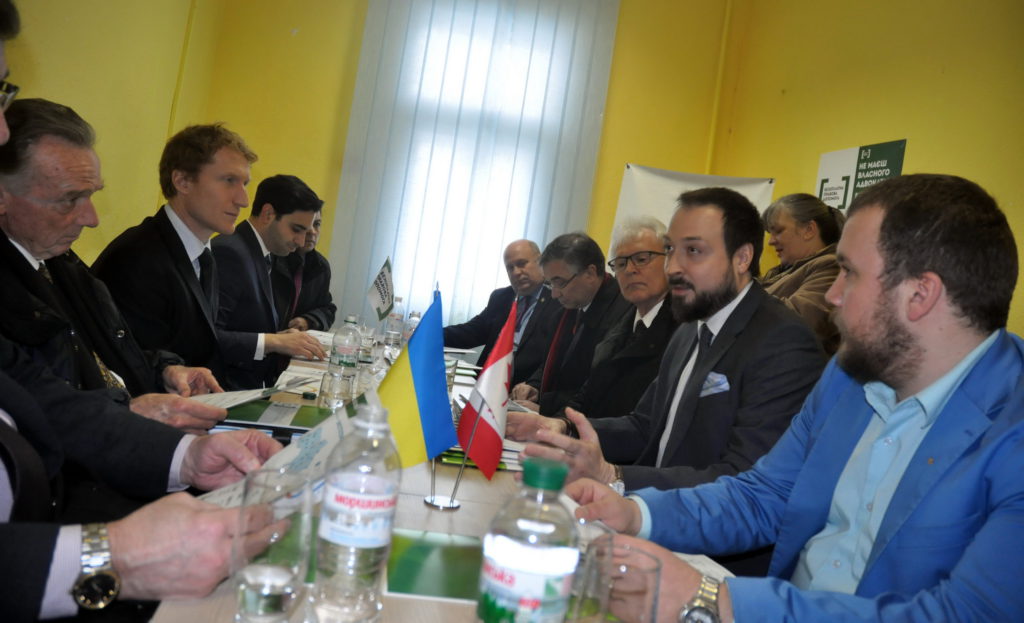 Director of the Coordination Center emphasized the significant contribution, which Canada had made in the development of the legal aid system in Ukraine, including within the Quality and Accessible Aid in Ukraine Project. First of all, he noted that this cooperation made it possible to use Canadian experience in the practice of legal aid provision through cooperation with the colleagues from Legal Aid Ontario and British Columbia. According to him, there are many lessons that Ukraine can learn, given the 40-year experience of the LA provision in Canada. According to him, assistance from the Canadian Government was a valuable and considerable contribution into the LA development at the stage of significant expansion of the system in 2015 (when 100 local centres were established) and 2016 (when over 400 legal aid bureaus were opened). In particular, all efforts are targeted at the selection and development of the centres staff, investment in the system capacities development, support of the creation of information products and media programmes for the population of Ukraine aimed at raising awareness on free legal aid, including, among others, vulnerable groups, etc. Andrii Vyshnevskyi seized the opportunity to express his gratitude to the Government of Canada for consistent and powerful support in the development of the legal aid system in Ukraine, as well as his hopes for further fruitful cooperation.