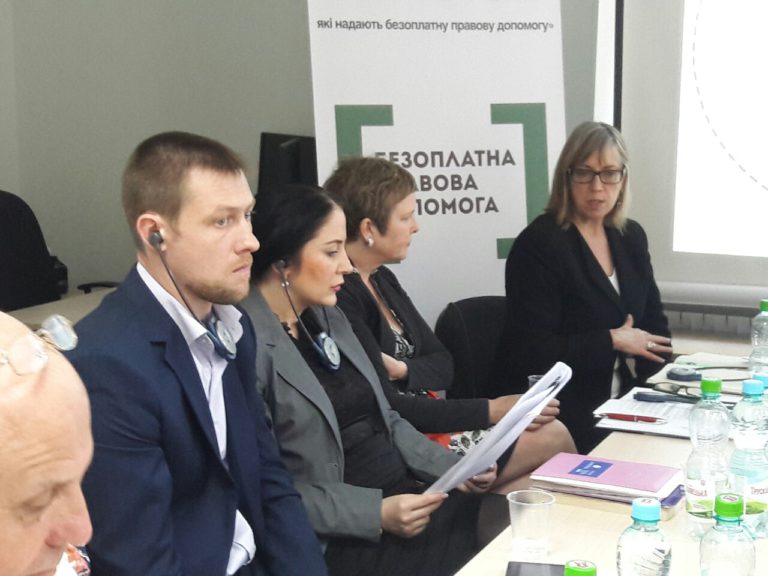 On June 1, within the framework of «The Tomorrow`s  Lawyer»  initiative , experts of the Canadian Bar Association (CBA) visited Regional FSLA Center in Kyiv, where they talked with lawyers and, based on the example of the Center’s performance, found out more about their cooperation with centers, cases conducted by lawyers, advanced training program in the LA system.

John Hoyles, President of the Canadian Bar Association (CBA), Kimberly Inksater, International Programs Head of the Canadian Bar Association (CBA), Sarah MacKenzie, lawyer-coordinator of Legislation & Law Reforms Department at the CBA, Larissa Bezo and Oksana Kikot, Director and Manager of the QALA Project learned directly from the lawyers who worked with the above-mentioned center, about the experience of such cooperation from the very beginning of the LA system’s functioning in Ukraine, cases in which lawyers participated as defenders under the relevant instructions of the center, including those which they resolved in favour of clients.

Deputy Director of the Coordination Center for Legal Aid Provision Serhii Trotsenko, who also took part in the meeting, told the experts in more detail about the establishment of the LA institute in Ukraine, the specific results for the period of the system’s operation and outlined the medium-term development prospects. According to him, in line with the improvement of access to FSLA and ensuring its quality, special attention will be paid to the development of legal awareness raising at the community level.

In particular, John Hoyles commended the Ukrainian hot line for reports of detention available 24 hours a day, so that a lawyer can come to the detainee within 2 hours after the center was informed, at any time of the day.

Lawyers cooperating with the center told their Canadian colleagues about work with the clients. In particular, lawyer Lesia Ihnatenko told the participants about how LA lawyers had been perceived earlier and how they were perceived now.  She noted that, in her view, the level of trust in the LA lawyers had increased, and it had to do with the diligent and committed work of LA lawyers and their willingness to help the client, regardless of his financial or social status and all the obstacles which the lawyers sometimes had to overcome in order to protect the rights of the clients. 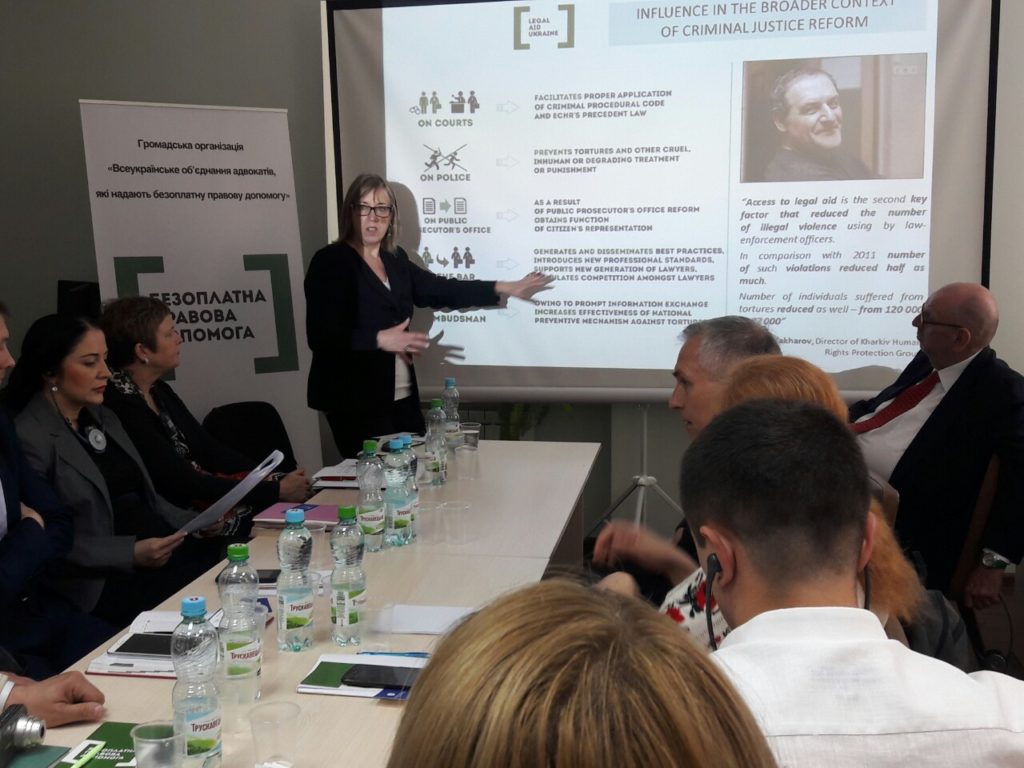 Serhii Trotsenko also especially emphasized the impartiality of lawyers providing LA. He recalled that they had equally thoroughly defended the Maidan activists and people accused of separatism, thereby strengthening people’s trust in the system. As far as the LA system’s influence on the legal environment in the country is concerned, Serhii Trotsenko, in particular,  referred to the words of Director of Kharkiv Human Rights Protection Group Yevhen Zakharov, who called access to legal aid the second most significant factor in reducing the number of cases in which law-enforcement officers abused detainees.

Moreover, the participants of the meeting discussed the system of “cascade trainings” for lawyers in the LA system. Lawyer-trainer Kateryna Voitenko told the participants about her experience in more details. 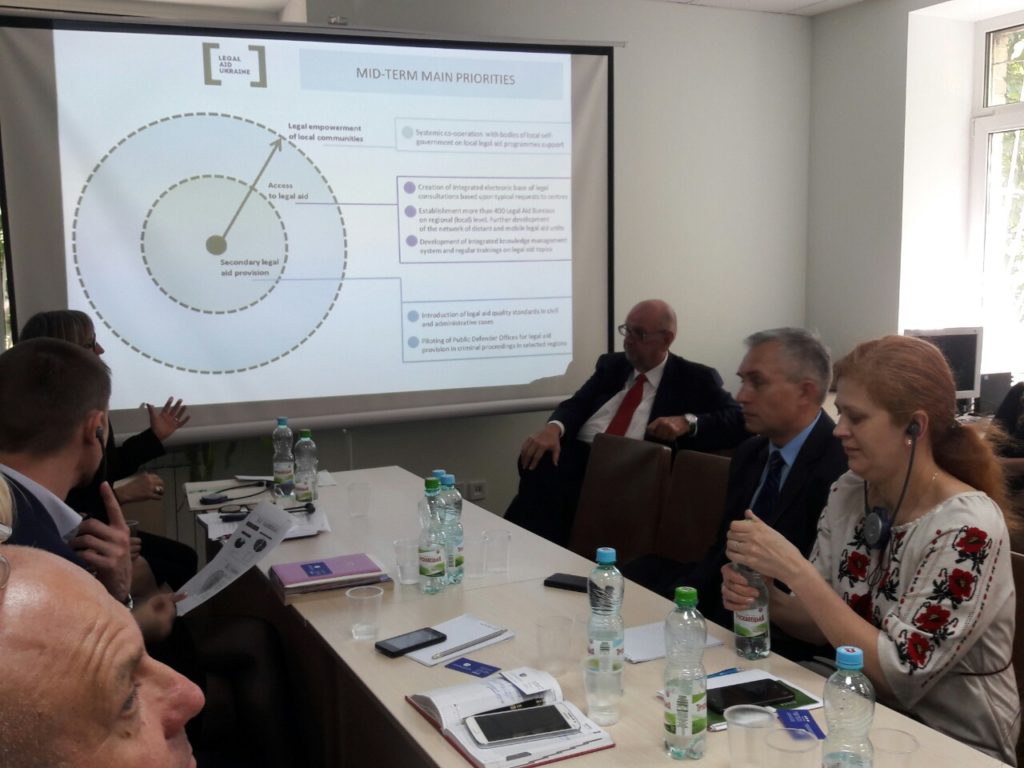 The work of local centers, providing FSLA in civil and administrative cases was also discussed. Statistics shows that for nearly a year of these centers’ operation, most of the clients who requested help, did not need legal representation, but rather legal advice. That is why the next stage of the system development is the creation and launch of legal aid bureaus, which will commence their operation on 1 September 2016, and will focus on providing legal information, raising legal awareness in communities.

It should be recalled that as a part of the preparation of «The Tomorrow`s  Lawyer» initiative supported by the Quality and Accessible Legal Aid in Ukraine during their week stay in Ukraine, the Canadian experts conducted evaluation sessions in three cities, Kyiv, Lviv and Odesa, with the participation of lawyers from ten regions of the country; met with the representatives of the Supreme Court of Ukraine, the management of the Ministry of Justice and the Administration of the President of Ukraine.

Visit of Canadian experts within the framework of the evaluation mission was organized with the assistance of the Quality and Accessible legal Aid in Ukraine Project.