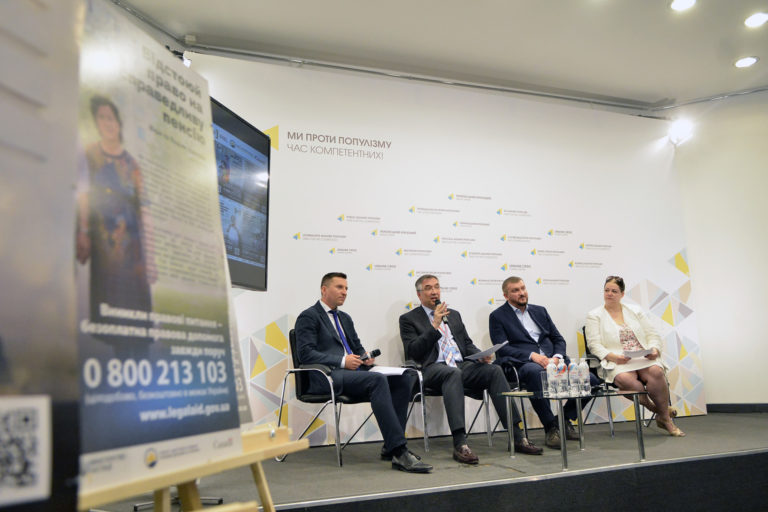 7 information posters and 6 social videos, where clients of the system of the provision of free legal aid (LA systems) from different parts of Ukraine featured. These information products were presented today during a briefing at the Ukrainian Crisis Media Center within the framework of the “Free Legal Aid is Always Nearby” information campaign. They tell stories of people whose rights were protected and interests defended due to the LA system. The posters and videos were developed with the support of the Ukrainian-Canadian Quality and Accessible Legal Aid in Ukraine Project.

The participants of the briefing included: Minister of Justice of Ukraine Pavlo Petrenko; Ambassador of Canada to Ukraine Roman Vashchuk; President of Canadian Bureau for International Education, director of the Quality and Accessible Legal Aid in Ukraine Project Larissa Bezo; Director of the Coordination Center for Legal Provision Oleksii Bonyuk. 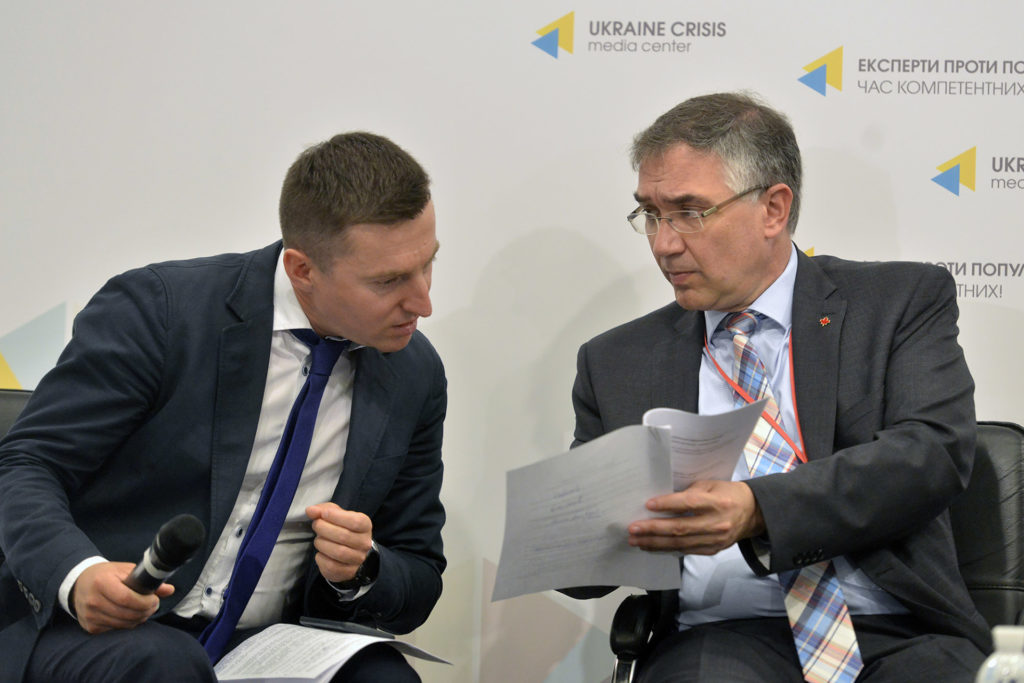 According to Oleksii Bonyuk, Director of the Coordination Center for Legal Aid, ordinary citizens of Ukraine of different ages who received the necessary legal aid free of charge featured in the videos. “The stories that were told in the video footages were typical and widespread. It is with such problems that people frequently apply to the system of free legal aid throughout Ukraine. The videos, using the examples of real people, show that there are legal ways to solve these problems, and everyone hasn a opportunity to take advantage of state-guaranteed remedies,” he said.

“Free legal aid is a project that restores justice and ensures the exercise of the right of Ukrainians to protection. Our task is to convey this information to every citizen. That is why today, along with our reliable partners from the Government of Canada, the Canadian Embassy in Ukraine and the Quality and Accessible Legal Aid in Ukraine Project, we launched the information campaign “Free Legal Aid is Always Nearby,” said Pavlo Petrenko.

The information campaign was supported by Ukrainian-Canadian Quality and Accessible Legal Aid in Ukraine Project, implemented by the Canadian Bureau for International Education in partnership with the Coordination Center during 2014-2018, with the support of the Government of Canada.

According to Roman Vashchuk, the system of free legal aid in Ukraine is an example of a reform aimed at providing legal services to the most vulnerable people. “But it’s necessary that these people know that such services exist and how they can be obtained. True life stories will probably be the most convincing, even for the most sceptical ones. That is why we support this information campaign, built on the principles of respect for human rights, openness and integrity,“ said the Ambassador. 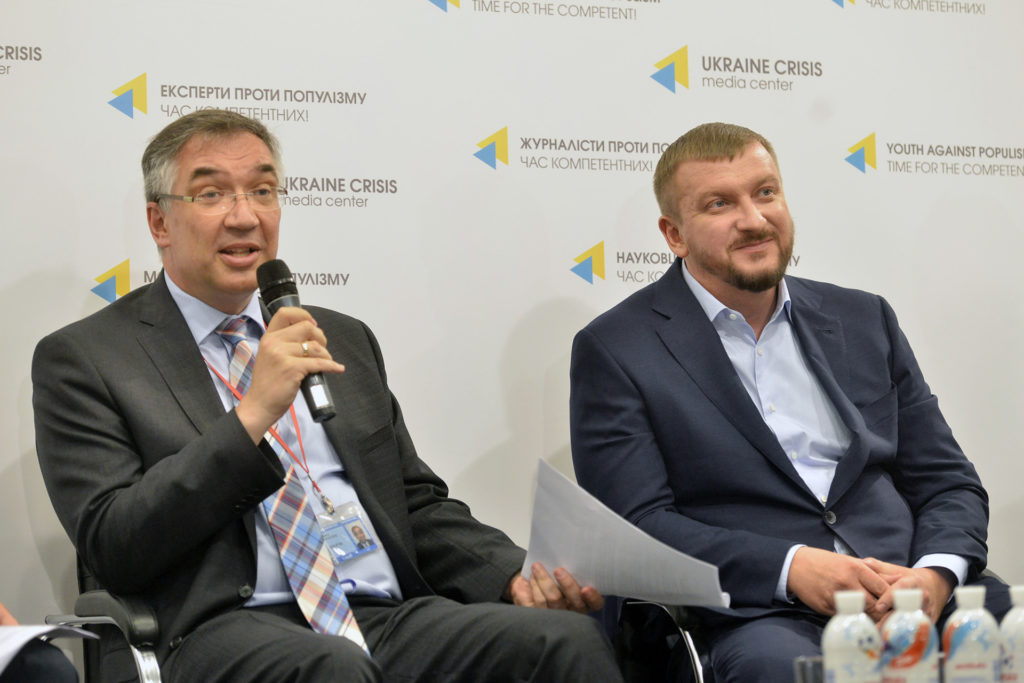 She also thanked Molodiya Festival, with which the Quality and Accessible Legal Aid in Ukraine Project cooperated in the design and implementation of the information campaign.

The Quality and Accessible Legal Aid in Ukraine Project supported the printing of 37,000 posters. They have already been sent to legal aid centers and bureaus in all regions for distribution among the public, and among partner organizations. Social videos are designed in a variety of ways, taking into account different media formats, where they can be published.

Story of Tetiana Frolova, athlete, participant of the Paralympic Games and multiple winner of the World Powerlifting Championships among people with disabilities (Melitopol, Zaporizhzhia Oblast)

The participants of the briefing hope that the campaign will be supported by partners from government and non-governmental organizations, as well as the media, and call for cooperation in disseminating information about free legal aid.

View the briefing in the Ukrainian and English languages.