From now, you can listen to the collected volume “AGAINST VIOLENCE” 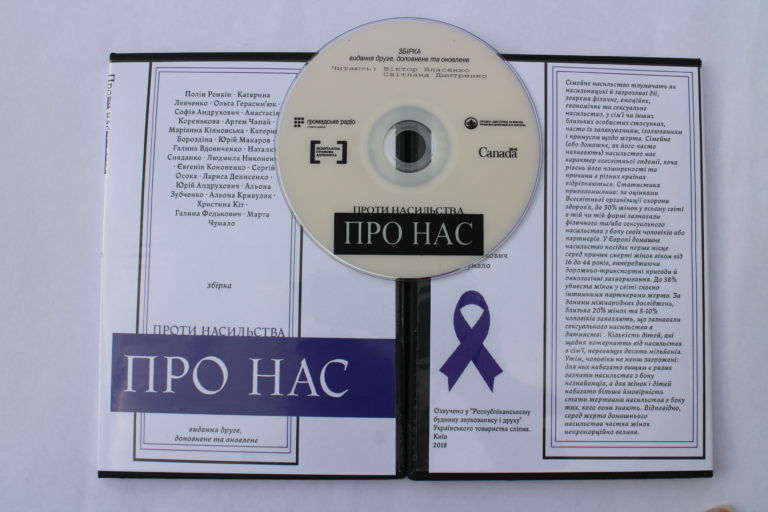 With the support of the Quality and Accessible Legal Aid in Ukraine Project, the second, enlarged edition of “AGAINST VIOLENCE” collected volume was voiced. The voicing of the collection was primarily aimed at making it accessible to people with visual impairment.

“AGAINST VIOLENCE” is a literary project of social action aimed at highlighting and overcoming the problem of domestic violence. The collection contains 10 artistic stories of contemporary Ukrainian writers (men and women) on various types of domestic violence: sexual, economic, psychological and physical. Moreover, the collected volume contains comments from psychologists, legal advice and samples of legal documents that may be useful to people who have been subjected to violence and to anyone who is a witness to domestic violence. The collected volume is a part of the media and human rights initiative implemented by Hromadske Radio with the support of the Government of Canada within the framework of the Quality and Accessible Legal Aid in Ukraine Project. 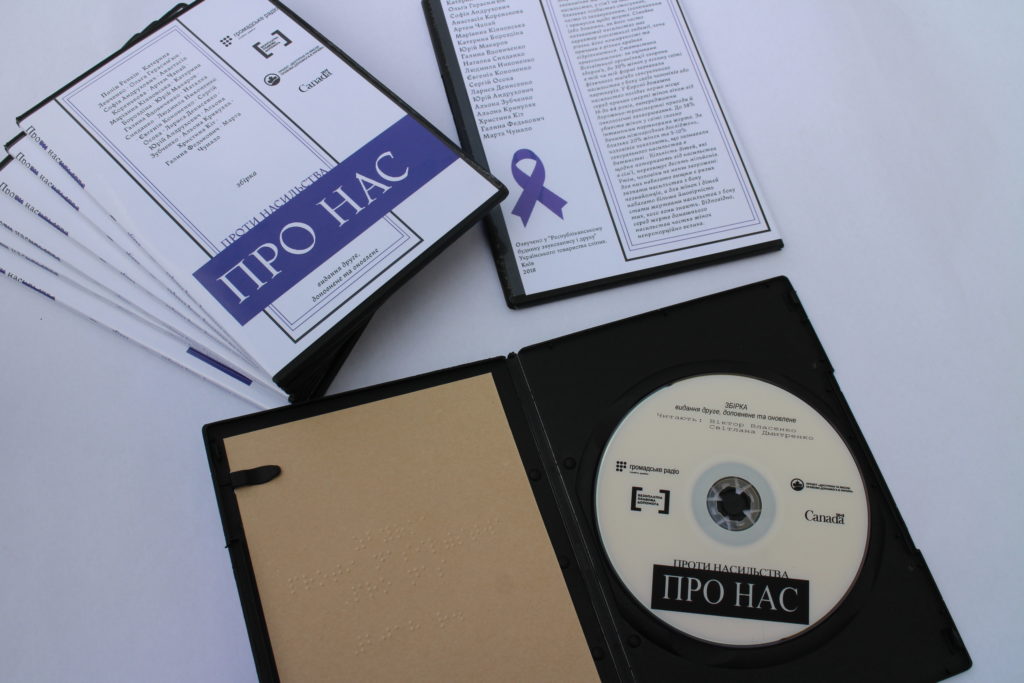 The collected volume was issued for the first time in 2016, and this year it was supplemented, updated and re-issued, taking into account current legislative changes in the field of prevention and counteraction of domestic violence in Ukraine.

The updated collected volume was voiced in the “Republican House of Sound and Print” of the Ukrainian Society of the Blind (UTOS) and 1,100 audio disks were issued. Some of them have already been delivered to the UTOS for further dissemination among their regional organizations and libraries, where they can be listened to by people with visual impairment. The other part, with the support of the Project, will be distributed to centers for the provision of free secondary legal aid in the near future.

We recall that this year, in cooperation with the Republican Sound Recording House, the UTOS produced and distributed booklets “Free Legal Aid in Ukraine” in Braille in the amount of 30,000 copies (read in more detail).

To all concerned! The text and audio format of the collected volume are in digital open accessible electronically.

You can read and download the collected volume here: http://qala.org.ua/wp-content/uploads/2016/04/Against-Violence_eng.pdf

You can listen to the collected volume and download audio files here: http://qala.org.ua/uk/elektronna-biblioteka/audiomateriali/