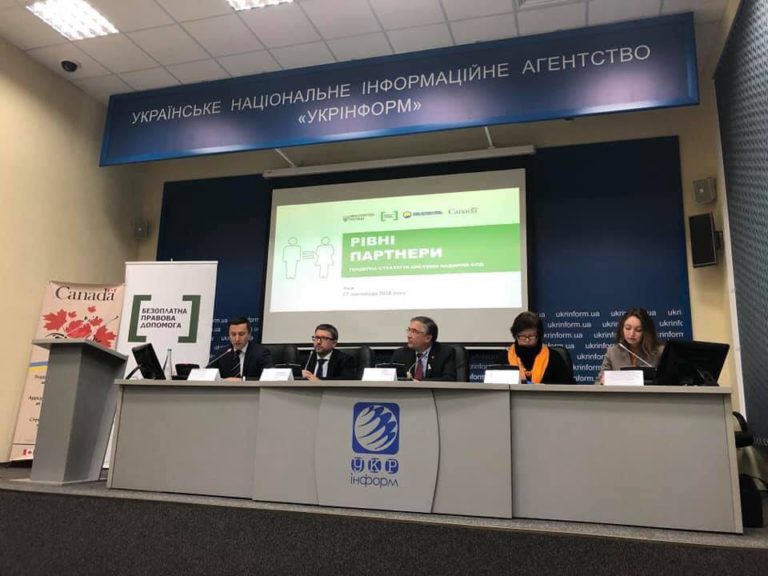 The system of free legal aid in Ukraine will apply a comprehensive approach to the cross-cutting integration of gender equality issues in its work. From now on, this is documented in the Gender Legal Aid Strategy (hereinafter referred to as the Gender Strategy), which was developed with the support of the Quality and Accessible Legal Aid in Ukraine Project implemented by the Canadian Bureau for International Education in partnership with the Coordination Centre for Legal Aid Provision and funded Government of Canada.

On November 27, the Gender Strategy was presented at a press conference with the participation of Deputy Minister of Justice of Ukraine Denys Chernyshov; Ambassador Extraordinary and Plenipotentiary of Canada to Ukraine Roman Vashchuk; Government Commissioner for Gender Policy Kateryna Levchenko; Director of the Coordination Center for Legal Aid Oleksii Bonyuk; and Manager of the Quality and Accessible Legal Aid in Ukraine Project Oksana Kikot.

The document, which has been already approved by the Coordinating Center for Legal Aid Provision, was prepared by Canadian expert on gender justice, Dr. Pauline Rankin*. For the preparation of the Gender Strategy, the Canadian expert conducted a number of consultations with key stakeholders, including the Coordination Centre for Legal Aid Provision, the Government Gender Policy Officer, international and Ukrainian organizations working on the implementation of gender equality and protection of women’s rights in Ukraine.

The Gender Strategy implies the application of a gender-based approach to all policies, procedures and planning changes in the LA system so that, on the one hand, the system itself is an example of gender equality as an institution, and on the other hand, legal aid services are free of gender discrimination, sensitive to the needs of vulnerable groups of the system’s female clients. They comprise, first of all, victims of domestic and gender-based violence.

“Our task is to overcome gender stereotypes and biases that have been imposed on the society for years and served as a norm. To guarantee equal opportunities for men and women in access to both legal aid and to realize the opportunities that exist for them in their work in the LA system,” said Oleksii Bonyuk, Director of the Coordination Center for Legal Aid Provision at the presentation. According to him, 2/3 of clients who refer to the LA system in civil and administrative cases are women. So, the understanding of the needs of these women, as well as the problems they face, requires a system of in-depth knowledge in the sphere of gender equality. 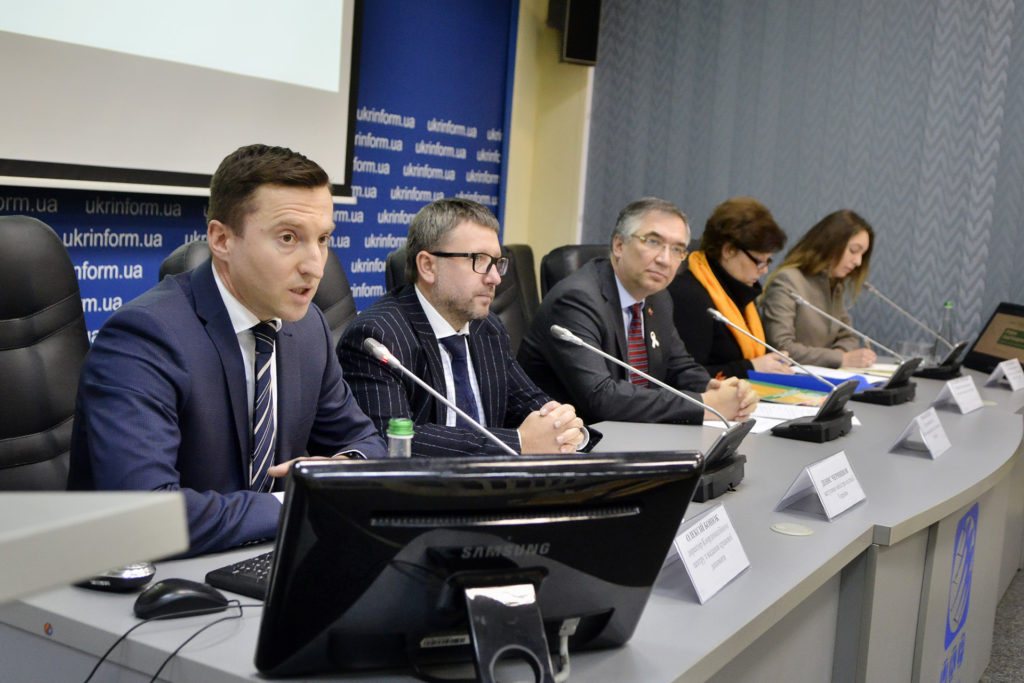 According to Deputy Minister of Justice Denys Chernyshov, the Ministry pays a lot of attention to the study of the best world experience in advancing the issues of gender equality. According to him, this is also the experience of Canada. “Who are clients of the LA system? They are the most vulnerable people. In particular, those from the zone of the armed conflict. The majority of the internally displaced persons are women. We need to understand what principles, in particular, gender ones, should be put into operation,“ said Deputy Minister of Justice Denis Chernyshov. 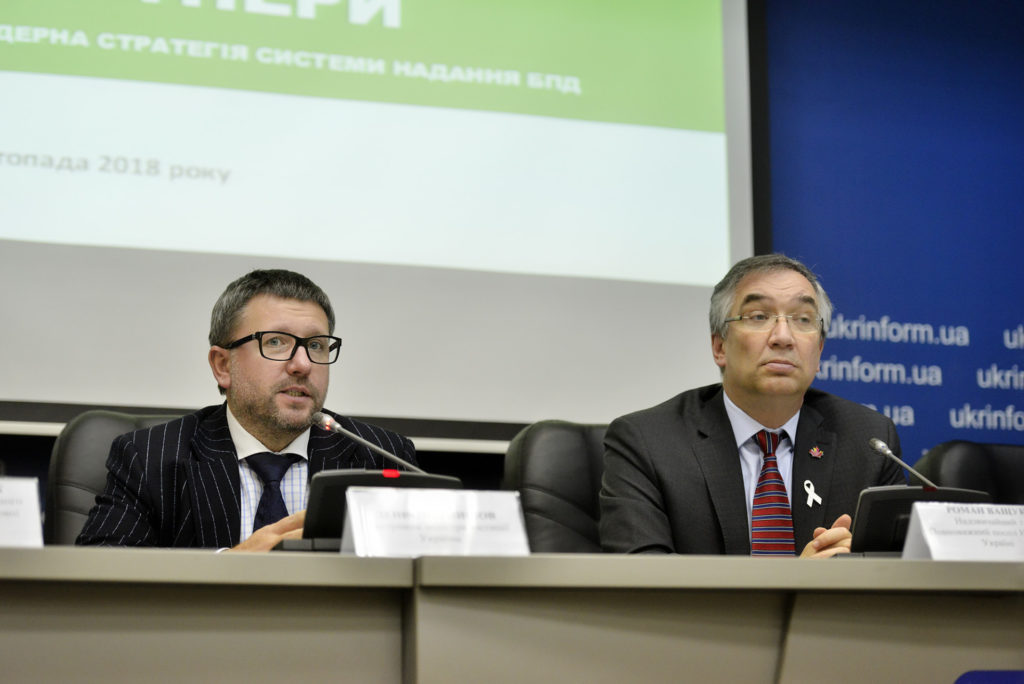 “The approach introduced by the LA system, having developed the Gender Strategy and with a plan to integrate it into its activities, is a realistic implementation of the modern approach to the formulation and implementation of gender policy in Ukraine,” emphasized Kateryna Levchenko, Government Commissioner for Gender Policy. According to Ms. Levchenko, this approach is an important part of the reforms taking place in Ukraine today. The Government Commissioner is convinced that the goals defined by the Gender Strategy reflect the tasks assigned to the LA system by the state programs. 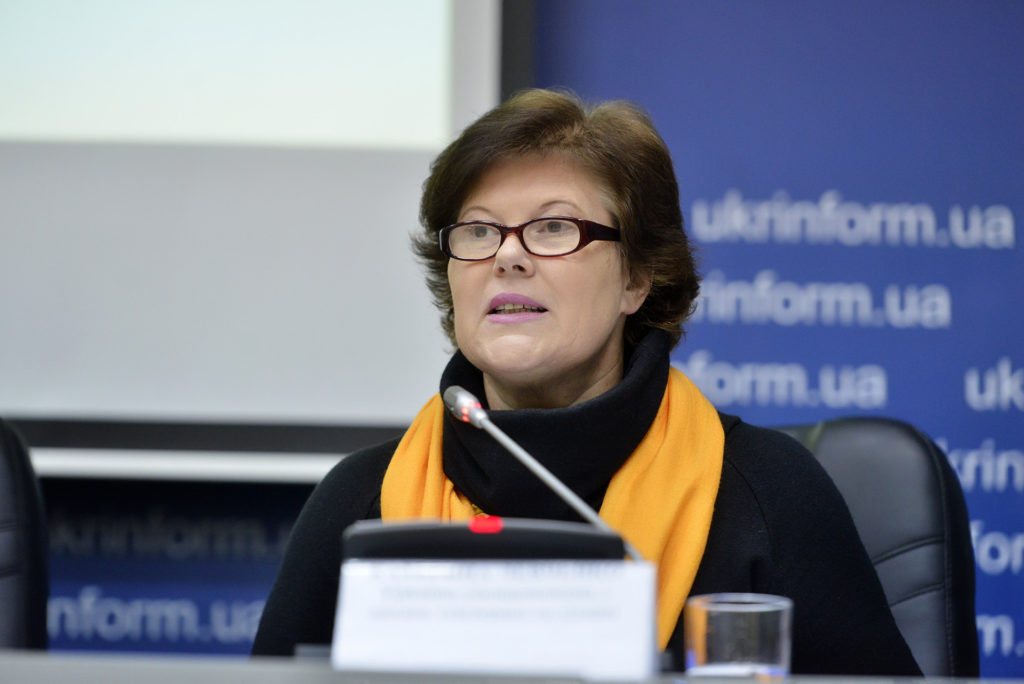 According to Ambassador Extraordinary and Plenipotentiary of Canada to Ukraine Roman Vashchuk, the inclusion of gender policy in the work of ministries and other state bodies as well as development of relevant state programs is a multi-year feminist policy in Canada. This policy is also a priority in providing technical assistance programs from the Government of Canada. “I congratulate Ukrainian partners on developing and approving the Gender Legal Aid Strategy. We hope that we will continue to work with our Ukrainian partners to help Ukrainian men and women build a just and legal Ukraine,“ he said. 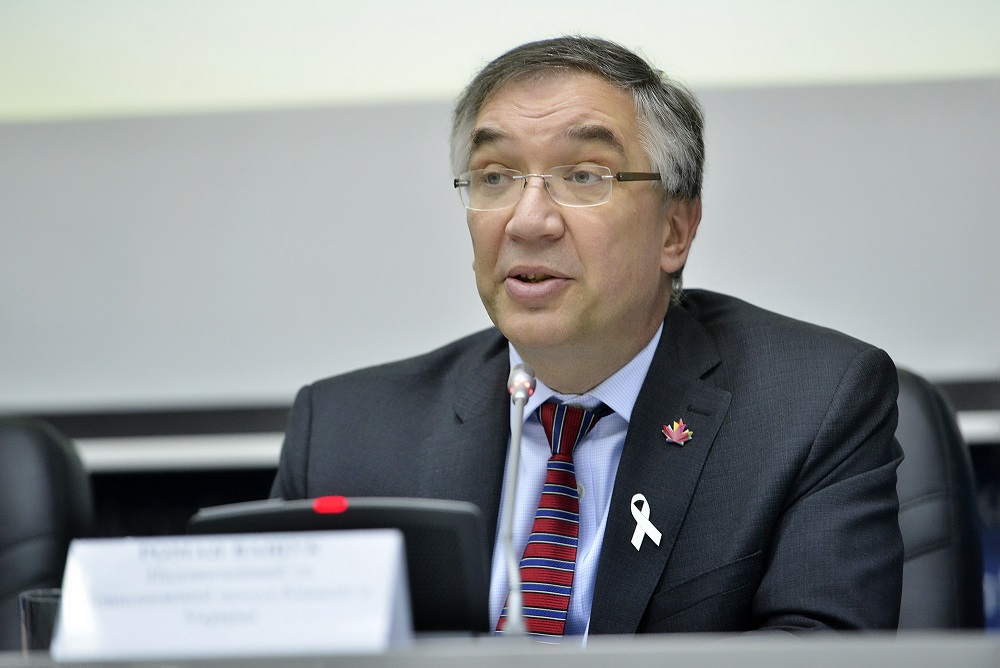 November 27, 2018 – gender_strategia (12) “The Gender Strategy for the provision of free legal aid includes the best international, including Canadian, experience, as well as responds to both the needs of the system of free legal aid and those of the Government of Ukraine as a whole in terms of ensuring equal rights and opportunities for men and women,” said Oksana Kikot, Manager of the Quality and Accessible Legal Aid in Ukraine Project. According to her, in the future, the Project will provide the Coordination Center with assistance in implementing the Gender Strategy. 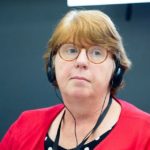 Pauline Rankin – Doctor, Expert on Gender Equity, Professor, Associate Vice-President of the University of Carleton (Ottawa, Canada). She is an advisor to the Ukrainian-Canadian Quality and Accessible Legal Aid in Ukraine Project.

She has many years of experience as an advisor in international projects in post-soviet countries, where she provided strategic advice and expert support to the development of the capacity of non-governmental organizations and government agencies.

She has been working in Ukraine since the 90’s providing expert support for the implementation of policies and approaches to gender equality and gender analysis.