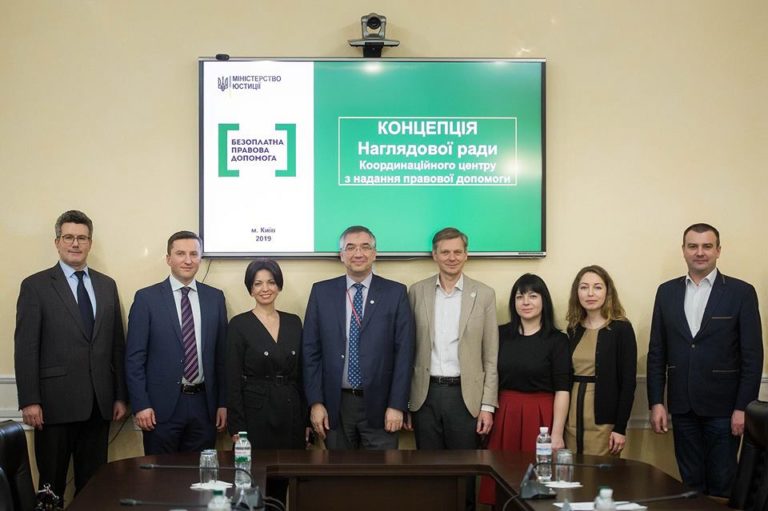 “A year ago, we assured our partners of being ready to reform the LA system, giving it full autonomy and institutional independence. Today we present the relevant concept. The essence of it is to ensure, through a public competition, the creation of an independent Supervisory Board that will assume the functions of control over and monitoring of the activities of the Coordination Centre and its management, providing an independent assessment of the operation of the system and submitting proposals to the Ministry of Justice and the Government regarding budgeting and further development of the LA system”,, said Minister of Justice of Ukraine Pavlo Petrenko. 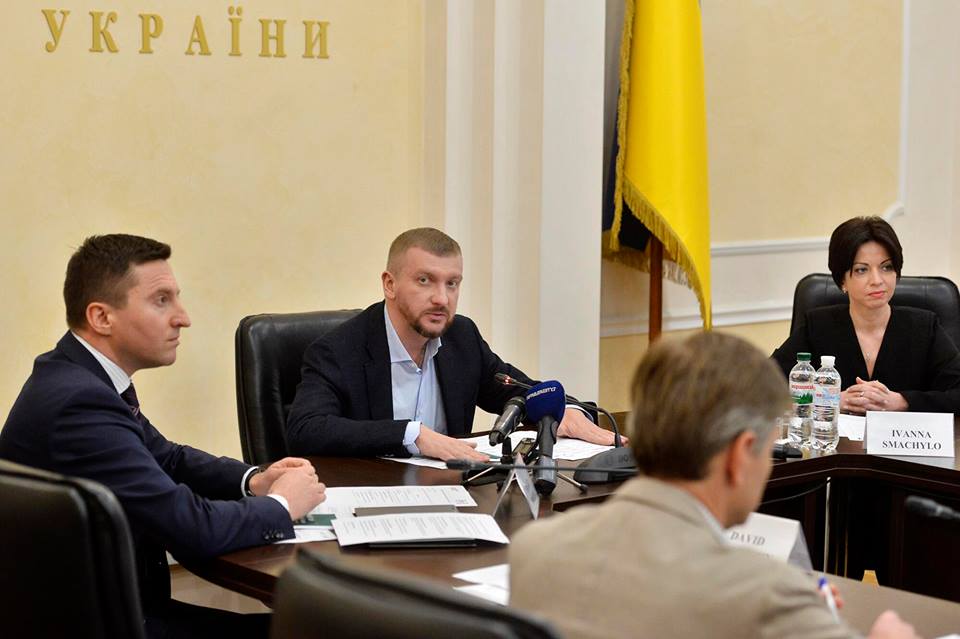 He noted that in order to implement the concept, a number of legislative initiatives would be introduced to the Verkhovna Rada. However, even before their adoption, government decisions will be initiated, which will enable the implementation of the developed Coordination Centre reform model to be launched.

“I am convinced that we will find political support in the Government and the parliament. These innovations will ensure compliance of our legal aid system with the best practices and standards that exist in the world “, Pavlo Petrenko summed up.

Deputy Minister of Justice, Ivanna Smachylo, for her part, noted that the Ministry of Justice was always trying to be as transparent as possible in its work.  “We are interested in continuous interaction with those who are not indifferent to the LA system, in order to work together to improve the quality of legal aid. We are now moving to a new level of transparency and publicity. I hope that the presented concept will be implemented as soon as possible, and the members of the Supervisory Board will be reputable people who will work on improving the system’s efficiency,” said Ivanna Smachylo.

The Ambassador Extraordinary and Plenipotentiary of Canada to Ukraine Roman Vashchuk noted: “Canada readily assisted in developing the concept of the Supervisory Board through our project Quality and Accessible Legal Aid in Ukraine. We are pleased that the Canadian experience, in particular the experience of British Columbia, which colleagues from the Ministry of Justice and the Coordination Centre had an opportunity to learn about last summer, was useful for the creation of such a Supervisory Board in Ukraine. We will continue to support this activity as we consider it to be a very important step towards further development of the system.” 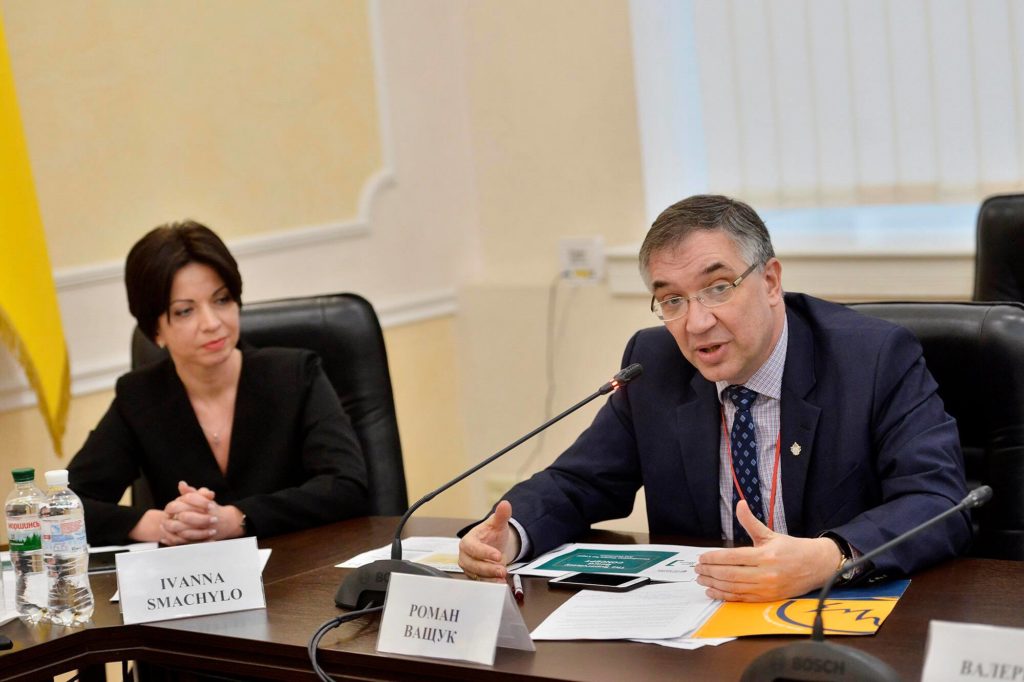 The Concept of the Supervisory Board is based on the work of an international expert group, which, with the support of the project Quality and Accessible Legal Aid in Ukraine and the Office of the Council of Europe in Ukraine, comprises world-known legal aid experts.

“I would like to mention Professor Alan Paterson of the Scottish Legal Aid Board, Head of the British Columbia Legal Service Mark Benton, who is a great friend of the Ukrainian legal aid system. The recommendations of international experts suggest that the model of the Supervisory Board can be initiated in stages. We have chosen a course without a transitional period “, said Director of the Legal Aid Coordination Centre Oleksii Boniuk.

Therefore in March 2018, in the framework of the cooperation between the project Quality and Accessible Legal Aid in Ukraine and the Council of Europe Project Continued Support to the Criminal Justice Reform in Ukraine, a series of expert consultations on improving the governance model for strengthening independence and improving the efficiency of the legal aid system in Ukraine was held. The expert group consisted of Vice-President for Policy, Research and External Relations of Legal Aid Ontario David McKillop, Head of the British Columbia Legal Services Community Mark Benton, Managing Director of Legal Innovation Zone and Ryerson University Law Practice Program, as well as the former Minister of Justice of Ontario Chris Bentley, International Advisor for Strategic Review of Legal Aid in Scotland Alan Alexander Paterson and former Chairman of the Netherlands Legal Aid Council Peter van den Biggelaar.

In September 2018, expert meetings were held on the development of the concept of a management model for strengthening the independence and efficiency of the legal aid system in Ukraine, which resulted in the development of a draft concept of the Supervisory Board of the LA System and the draft resolution of the Cabinet of Ministers of Ukraine “On Amendments to “Regulations on the Coordination Centre for Legal Aid Provision”.

In addition, in July 2018, the Project organized a visit to Canada for representatives of the Ministry of Justice of Ukraine and the Coordination Centre for Legal Aid Provision, in order to study Canadian experience in the development of the legal aid systems, including the creation and operation of different legal aid systems management models, as well as to establish and deepen the working relationships and to exchange experience between the Ukrainian LA system and Canadian organizations that provide legal aid in provinces of Nova Scotia and British Columbia.

“The project Quality and Accessible Legal Aid in Ukraine is ready to further attract the best Canadian expertise to develop policies and procedures that will regulate the work of the future Supervisory Board and will also contribute to developing the Board’s capacity as a newly created institute of innovation in accessing justice, assured Project Manager in Ukraine Oksana Kikot. 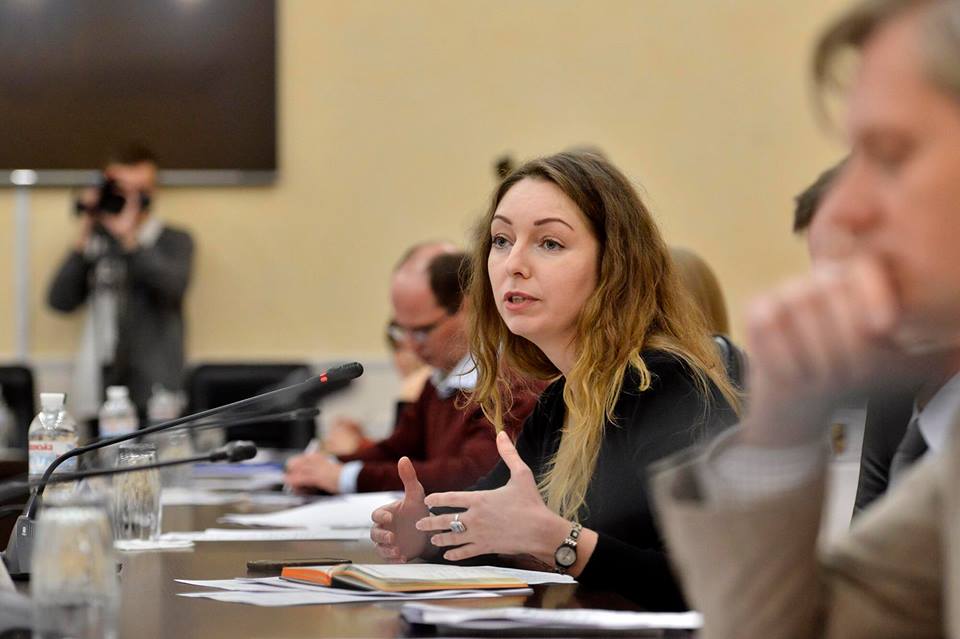 The Supervisory Board is a new LA system management model. Its activities will be aimed at ensuring equal access to justice so that citizens can exercise their right to protection and legal aid. This will contribute to increasing confidence in the LA system.

The Supervisory Board will consist of nine persons representing different specializations. They will work on a voluntary basis. The term of office is a maximum of five years. Members of the Supervisory Board will be elected by a committee on a competitive basis. The competition committee will include representatives of key partners and stakeholders of the legal aid system.

The Supervisory Board will have broad powers. It will, among other things, supervise the operation of the LA system, prepare a presentation on the appointment and dismissal of Head of the Coordination Centre, and will hear an annual report on the operation of the LA system, in particular, financial report. In addition, the Supervisory Board will identify and assess political, financial and other risks, and will provide guidance on how to prevent or resolve them. 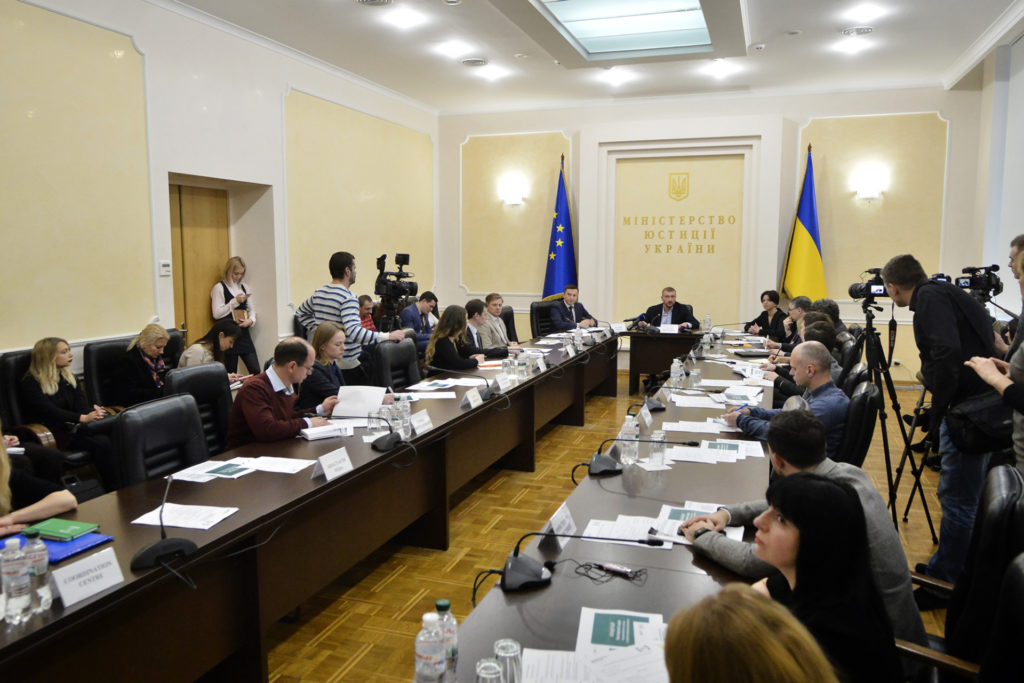 Review the concept of the Supervisory Board:

This collection is About Us: “AGAINST VIOLENCE”
17.12.2018
Coordinating Centre for Legal Aid Providing