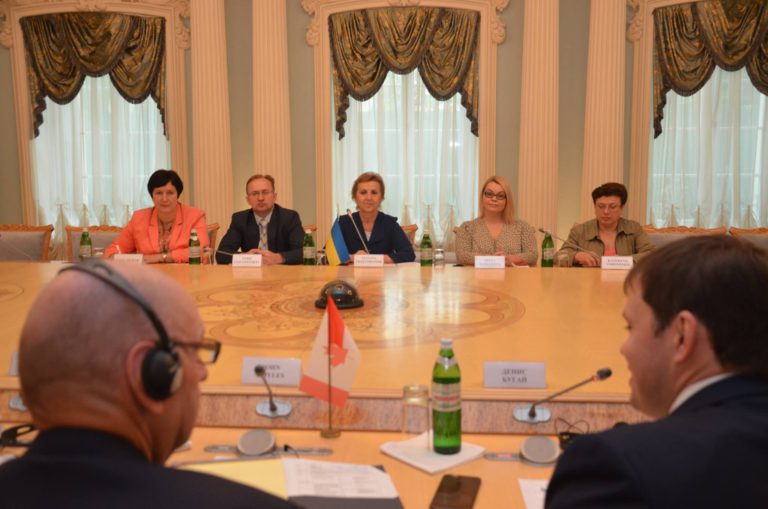 On May 31, John Hoyles, President of the Canadian Bar Association (CBA), held a series of meetings in the highest government authorities within the framework of “The Tomorrow`s  Lawyer” initiative.

“The CBA and the UBA have many things in common“, started John Hoyles, the President of the CBA, his welcoming speech, and talked further about the purpose of the visit to Ukraine, namely establishing cooperation between the professional bar associations of Canada and Ukraine. 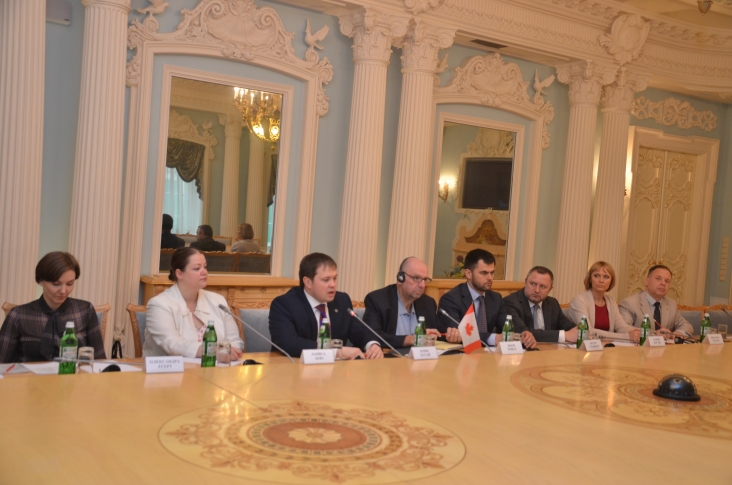 In the Supreme Court of Ukraine (SCU), the President of the CBA John Hoyles got acquainted with the performance of the country’s highest judicial body, expressing his admiration for the willingness of Ukrainian lawyers to implement reforms and take an active part in improving public administration. At the meeting, the SCU was represented by Tetiana Zhaivoronok, judge of the Chamber of Economic Affairs, Yurii Halaievskyi, Deputy Chief of Staff, Iryna Berestova, Head of the Legal Department of the Supreme Court of Ukraine and others. 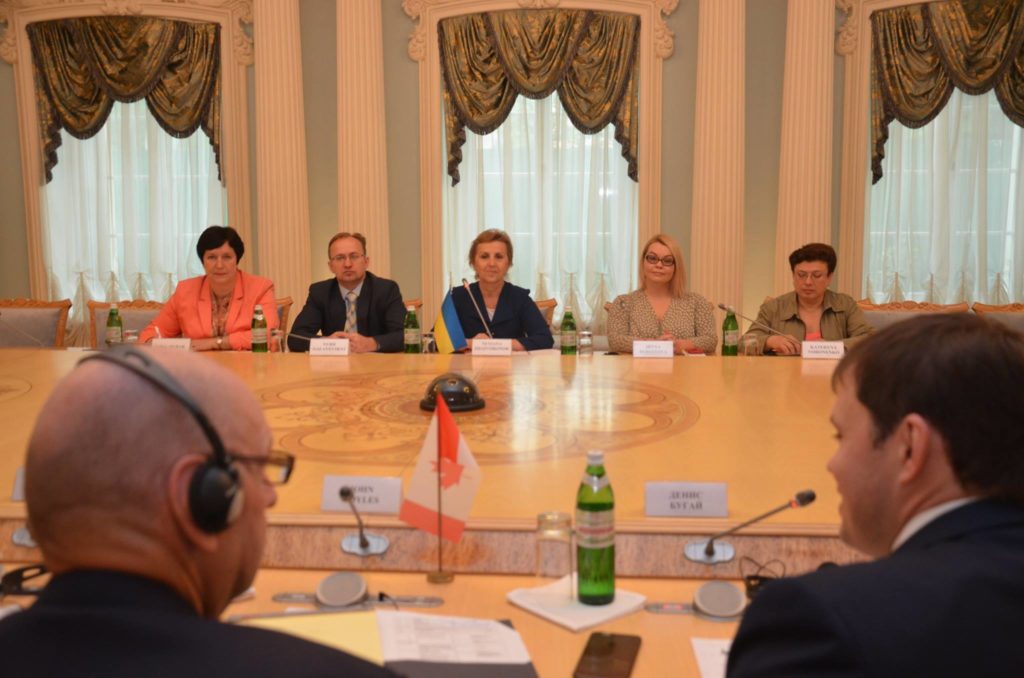 The UBA President Denys Buhai, taking advantage of the opportunity, thanked the representatives of the SCU for their continuous and fruitful work. “We highly appreciate cooperation with the Supreme Court of Ukraine, in particular, openness to and readiness for dialogue. The judges of the SCU take an active part in the activities of the Ukrainian Bar Association as speakers not only in Kyiv but also in other regions of the country“, he emphasized. Denys Buhai presented “The Tomorrow`s  Lawyer” initiative, which will be implemented in Ukraine by the Canadian Bureau of International Education in partnership with the UBA and the NGO “All-Ukrainian Association of Lawyers Providing Free Legal Aid”. The initiative provides for conducting professional training of lawyers from different regions of the country to develop so-called “soft skills”, namely, leadership skills, design work and management skills development, development of communication skills, negotiations, etc. 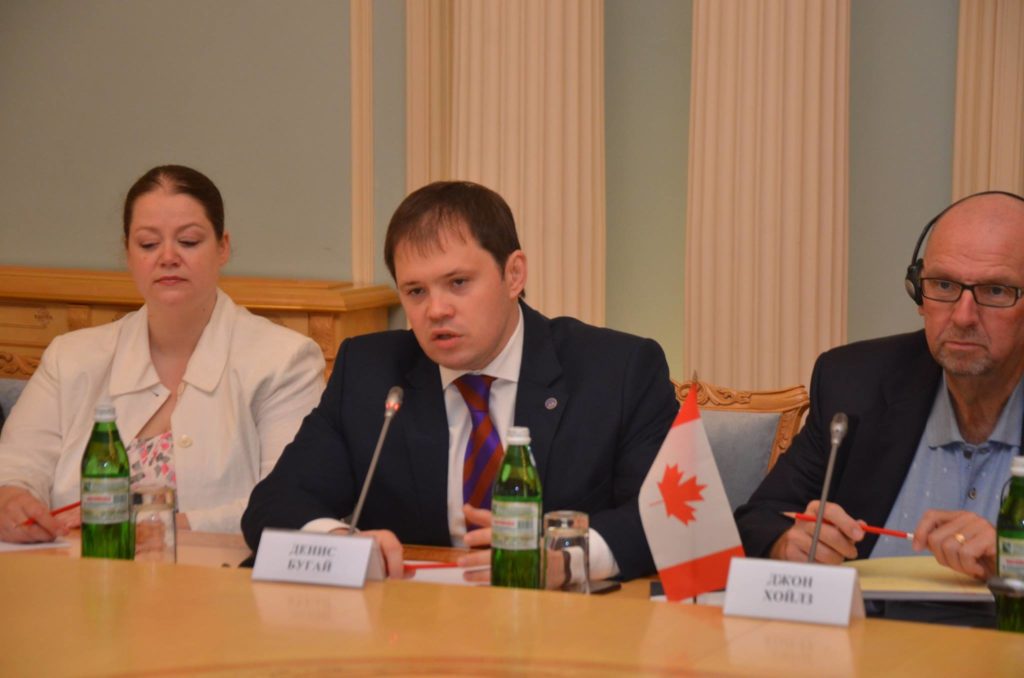 “The quality of justice will depend on the quality of the lawyer’s case building. Therefore, this initiative is extremely useful not only for lawyers but also for society as a whole“, commented Judge Tetiana Zhaivoronok, expressing her support for the initiative.

Viktoriia Mitko, Chairman of the Board of the NGO “All-Ukrainian Association of Lawyers Providing Free Legal Aid”, told participants about the association, its goals and purpose in general and within the framework of “The Tomorrow`s  Lawyer” initiative in particular. According to her, it is an advancement of the lawyers providing LA; increase of the legal capacity of citizens; cultivation of respect for the law and justice. She said that today the NGO, together with the Coordination Center for Legal Aid Provision, offered a system of professional development in material and procedural law for lawyers. 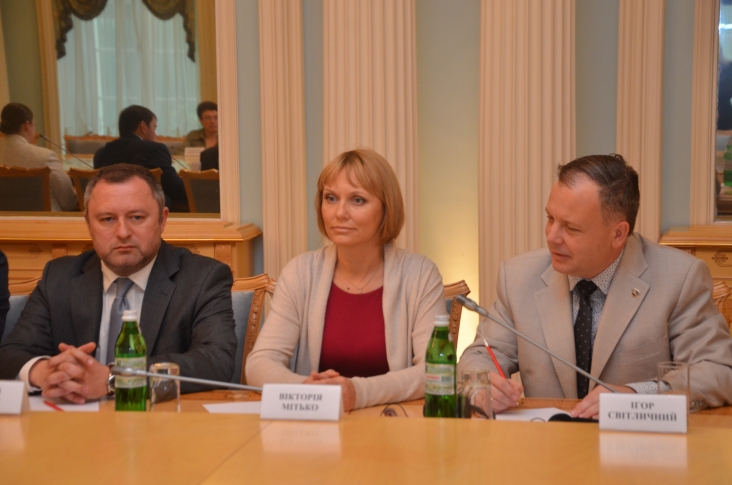 “Today, the state is implementing a number of reforms in the area of justice, in particular, the reform of the prosecutor’s office and the judicial reform. At this time, lawyers should become “agents of changes” of these reforms, who will help changing the outlook of citizens and their attitude towards the law, to cultivate the legal culture and responsibility“, said Viktoriia Mitko. According to her, “The Tomorrow`s Lawyer”  project will provide lawyers with an opportunity to become these agents of change – through their acquisition of skills such as communication with clients, establishing efficient communication with other parties to justice (prosecutors and judges), leadership, efficient time management, mediation, etc.

At the Ministry of Justice, John Hoyles met with the Minister of Justice Pavlo Petrenko, his deputy Gia Getsadze and First Deputy Director of the Coordination Center for Legal Aid Provision Myroslav Lavrinok.

Pavlo Petrenko told the CBA President about the main reforms which are currently being implemented by the ministry and the priority areas of work within the framework of reforms to be accomplished. 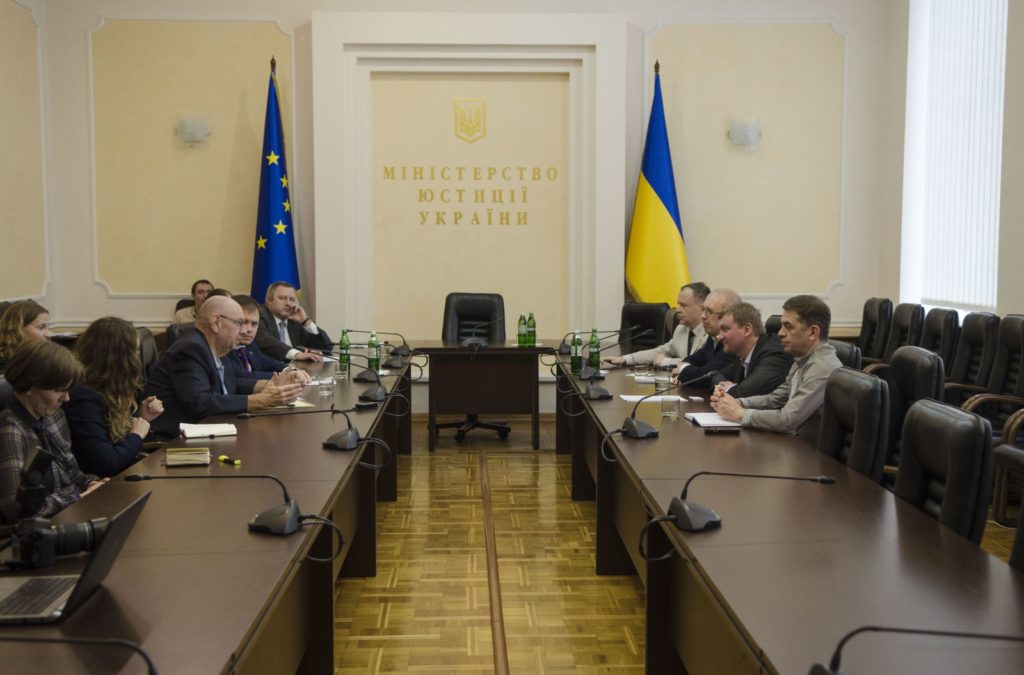 According to Pavlo Petrenko, one of the most successful examples of reforms in Ukraine is the creation and development of the free legal aid system. “The development of the free legal aid system is one of our top priorities as it directly contributes to the protection of the rights and freedoms of our citizens“, emphasized the Minister. Pavlo Petrenko highlighted the independence of the LA system, despite the fact that it was under the management of the Ministry of Justice.

Same day, the President of the CBA met with the Deputy Head of the Presidential Administration of Ukraine Oleksii Filatov.

Visit of Canadian experts organized with the support of the Quality and Accessible Legal Aid in Ukraine Project.