Second, enlarged edition of “AGAINST VIOLENCE” collected volume was published 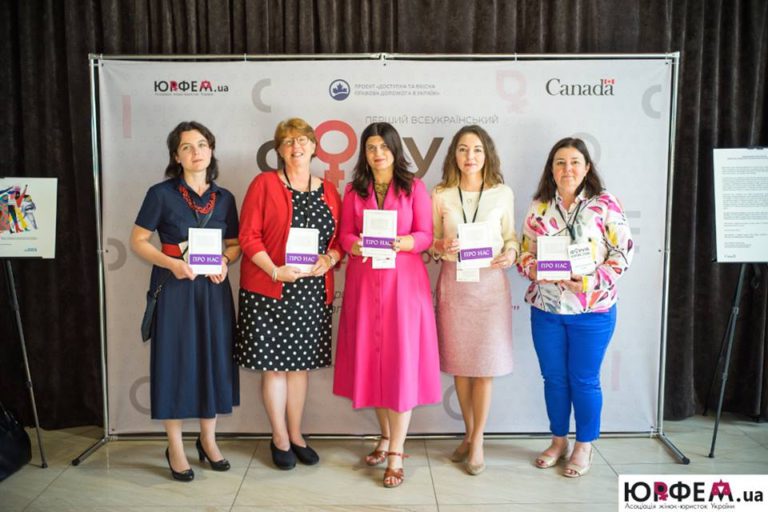 On June 8, during the First All-Ukrainian Forum of Women Lawyers “Women in the Legal Profession: Achievements, Challenges and Impact”, a second, enlarged edition of “AGAINST VIOLENCE” collected volume was presented. The collected volume was published for the second time in 5,000 copies. It is a part of the literary and media human rights initiative implemented by the Hromadske Radio with the support of the Government of Canada within the framework of the Quality and Accessible Legal Aid in Ukraine Project.

“AGAINST VIOLENCE” is a literary project of social action aimed at highlighting and overcoming the problem of domestic violence. The collection contains 10 artistic stories of contemporary Ukrainian writers (men and women) on various types of domestic violence: sexual, economic, psychological and physical. Also, the collection contains comments from psychologists, legal advice and even samples of legal documents that may be useful for people who have been exposed to violence and to anyone is aware of the facts of violence against other people.

“AGAINST VIOLENCE” is a collected volume ON US. It is for those and about those who became or may become a victim of domestic violence, for those who are not indifferent to this problem, for those who can and want to help, influence and support.

In the course of the Forum, the collection was presented by its organizer, Larysa Denysenko, human rights defender, lawyer, writer, member of the board and hostess of the Hromadske Radio.

“AGAINST VIOLENCE” is a media and human rights project implemented by the Hromadske Radio with the support of the Government of Canada within the framework of the Quality and Accessible Legal Aid in Ukraine Project. Important, but not the only one. For example, during the period from 2015 to 2018, the Hromadske Radio issues the weekly “Gene of Justice” program aimed at highlighting operation of the system of free legal aid, various aspects of the protection of human rights in Ukraine, including violated women’s rights, discrimination and counteraction to domestic and gender-based violence (view the programs and listen). In addition, a media project “Countering Domestic Violence” was launched with the support of the project on Hromadske Radio, broadcast twice a month in 2016 and aimed at the victims of domestic violence or witnesses thereof, those who need help, in particular, legal help, as well as those who are not indifferent and can help (view the programs and listen).

You can view and download the collected volume here: http://qala.org.ua/wp-content/uploads/2016/04/Against-Violence_eng.pdf